Home » Our Blog » How to Prepare Landscapes for New Plants 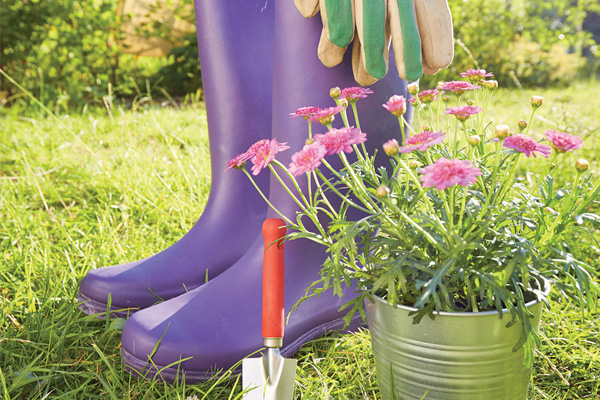 New plants can add much to a landscape in Chambersburg & Shippensburg, PA. Whether they’re replacing plants that are no longer thriving or being added to supplement an existing landscape, new plants are an affordable way to give a home’s exterior a whole new look.

Much consideration is given to which plants to add to a landscape. That’s understandable, as homeowners want to choose plants that will thrive and won’t compromise the health of surrounding plants and trees. Before planting or even choosing plants, it’s important to plan for new additions to a landscape. Preparing the landscape can inform homeowners about which plants to purchase and can ensure they thrive after planting.

Documenting sunlight exposure in advance gives homeowners an idea of which plants should be planted and where they should be planted. Jot down these observations in a journal over several weeks and then choose plants that will thrive in each area.

A soil pH test is a simple and quick way to determine the acidity of soil. Soil pH levels will indicate how likely a plant is to thrive in a given spot. High levels won’t necessarily mean an area should be avoided, as some plants thrive in acidic soils. Additional soil tests can determine other characteristics, such as the nutrient levels of soil and the amount of organic matter it contains. Each of these variables can help homeowners make the right choices as they introduce new plants to their properties.

If local wildlife makes its presence known on a property, homeowners may want to take proactive steps prior to planting anything new. A new fence might prevent animals like deer from getting in, but that likely won’t do much to repel smaller animals like squirrels, rabbits or foxes. If wildlife is a concern, homeowners can seek advice at their local garden center about which plants certain animals are likely to ignore. Homeowners who want to attract wildlife can do the same in reverse, choosing plants wildlife will be drawn to. Homeowners who want to deter wildlife should erect fencing or other barriers prior to planting.

Plants grow up and out, and cramped quarters can make it hard for new plants to thrive. Some may thrive but only at the expense of other plants. If necessary, clear space prior to planting to ensure plants have ample space to grow.